Divorce to the Nth Degree 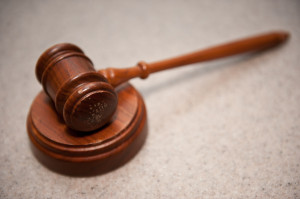 The interlacing of finances and assets presents substantial difficulties during divorce. Although child custody is often listed as the primary concern of parents, monetary assets have the tendency to prolong the process. In a case to the nth degree, David Zhilka and Karen Kaiser have had nearly 600 motions and rulings in their decade long divorce which even contributed to the dissolution of a multi-billion dollar hedge fund.

Judge Michal Shay notes that “there are some cases that for whatever reason… sort of spin out of control” and with cases similar to Zhilka and Kaiser’s, “it seems impossible, it seems intractable, sometimes to pull them back and try to get them on the right track, and that’s what I’m trying to do here.” The case was first introduced in 2003 when Kaiser filed for divorce as the marriage had “broken down irretrievably” and although the divorce was granted in 2005, many motions have prolonged the feud.

Zhilka has not seen either of his twelve year old children within the last 4 years as he has refused to accept the supervised sessions which are incredibly expensive and cost over $5,000 per visit. One court mandated psychological evaluation alleged “Zilkha has such a severe narcissistic personality disorder that he shouldn’t be allowed to see the children;” a diagnoses that Zhilka strongly disputes.

Documents involved in the divorce, email correspondence between Zhilka and Pequot Capital Managements founder Arthur Samberg, provided up by Kaiser, led the SEC to investigate Pequot for insider trading. As a result of this information being shared, the SEC awarded Kaiser one million dollars after receiving twenty eight million from Pequot’s settlement. At its peak, Pequot managed fifteen billion dollars in assets, only to later close-shop in 2009 amidst SEC investigation.

Quinnipiac University in Hamden associate law professor Carolyn Wilkes Kaas notes that very few cases result in length and volume like this, but at any level “the evidence is overwhelmingly clear that ongoing conflict and lack of ability to resolve a matter is very bad for kids”. Given the millions of dollars that have been lost over this case not only by Kaiser and Zilkha, but also the companies that were reprimanded as a result of information exposed during the divorce, the children seem to have been caught within a dispute whose scope extends far beyond their interest.

Although court officials are working hard to get the case on track to resolution, it appears that there is currently no end in sight.