Are Unborn Children People or Property in a Divorce & Who Decides? 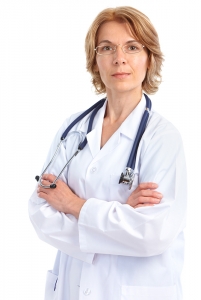 The legal system has always closely trailed progressive thinking and technological advancements. The American legal system is founded upon precedent and in order for legal statutes to be established for new technologies and philosophies there must have been a case of certain conflict to set the bar. Recently gay marriage has been made legal, which led way to the possibility of gay divorce and how that would be established in a nation that doesn’t uniformly recognize gay marriage. Another recent legal development in the family law field relates to reproductive technologies, namely that of embryo cryopreservation. The possibility of in vitro fertilization and the subsequent freezing of these embryos have opened up an entirely new spectrum of possible conflict in the event of a divorce. The primary concern with this situation is determining whether to consider these embryos as people or property.

Previously, embryos were considered property and were handled accordingly. One case includes a 38 year old New Jersey woman who wished to quantify her fertility as a piece of property in her divorce, requesting $20,000 to cover the cost embryo cryopreservation based on the principle that her window of fertility is closing. Regardless of whether or not her plea is approved, the husband will not be held accountable for child support in the event that one of the embryos are subsequently fertilized and allowed to develop.

This type of case become more difficult to handle once the embryo has become fertilized. A couple had had 9 fertilized embryos preserved during their marriage. Upon their split, the mother was awarded the embryos as designated by a contract that had been signed by both spouses during their marriage. Now, the father requests that they be destroyed as he feels that his right to choose to be a father again has been revoked. The fact that the woman has previously been deemed an unfit parent with the one child they already have can work in his favor, but in the event that the mother is awarded the embryos and proceeds to develop them, the father may be held responsible for child support against his own will. Even if the mother opts out of child support, if she receives assistance from the state, the state may pursue compensation from the father as he is the biological father.

There are many ethical issues that can arise from this scenario and a state’s stance on abortion may play into whether or not the embryos can be destroyed per request of the father or mother. Other scenario’s that may come from this include posthumous birth, giving the embryos up for adoption or even in the strangest situations, using an ex-husbands new wife as a surrogate mother.

As legal proceedings develop on reproductive science, attorneys will more clearly be able to define the parameters of these situations. Until then, hiring an attorney with a clear understanding of the statues in place will be critical in attaining desirable outcomes in frontier cases.